In a first for a major restaurant chain, Chipotle Mexican Grill on Monday will begin preparing only food that is free of genetically engineered ingredients.

“This is another step toward the visions we have of changing the way people think about and eat fast food,” said Steve Ells, founder and co-chief executive of Chipotle. “Just because food is served fast doesn’t mean it has to be made with cheap raw ingredients, highly processed with preservatives and fillers and stabilizers and artificial colors and flavors.”

In 2013, Chipotle was the first restaurant chain to indicate which items contained genetically modified organisms, and a small but growing number of restaurants, largely in fine dining, also now label their menus. 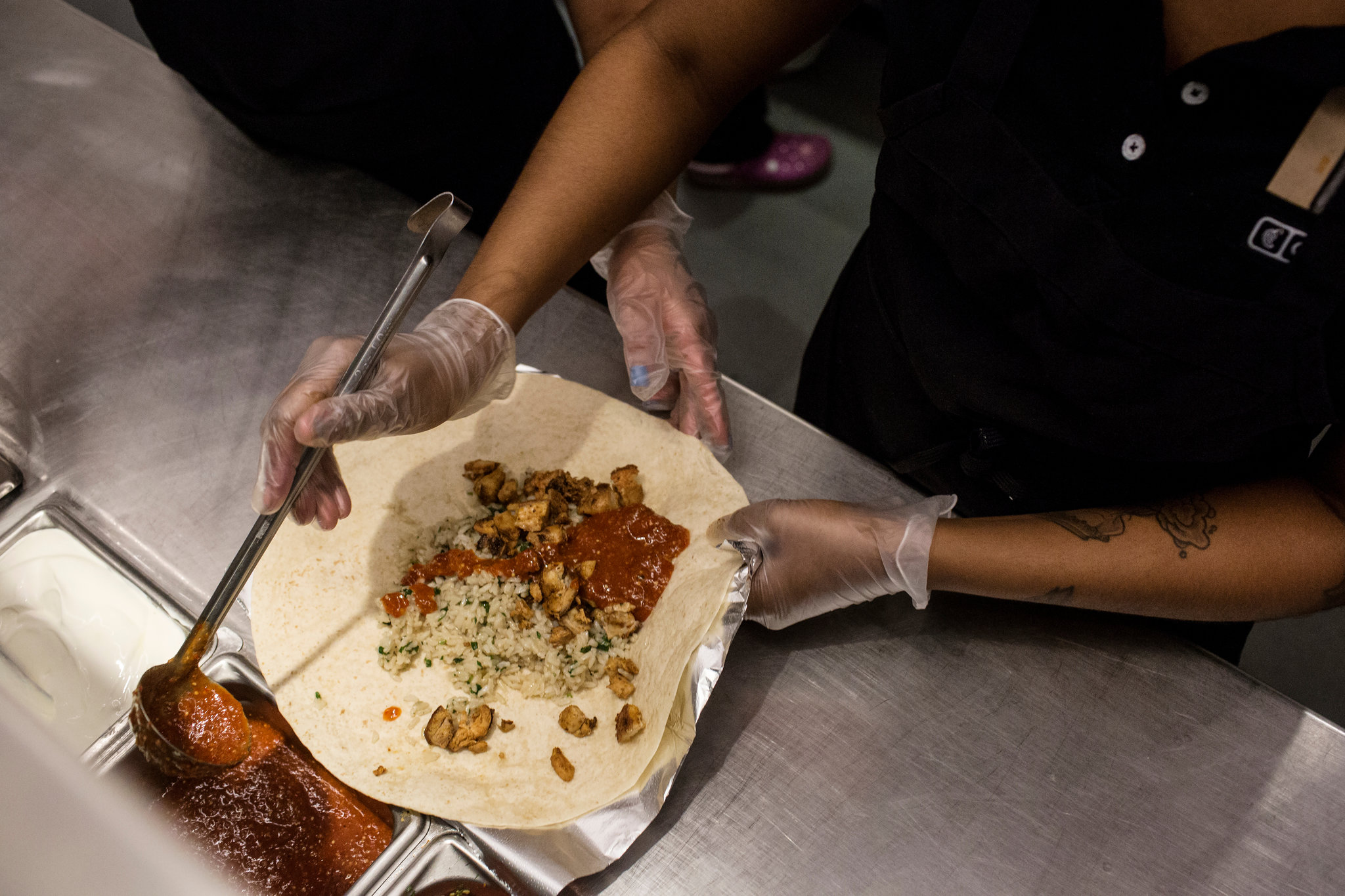 Grocers, too, are moving to offer consumers more products free of genetically altered ingredients. Whole Foods stores will label any products containing such ingredients by 2018, and Walmart is vastly expanding its selection of organic foods, which are free of genetic alteration by law.

Even big food companies are moving to take genetically modified ingredients, or G.M.O.s, out of their products or to label products so that consumers know which are free of them.

Chipotle’s announcement does not mean that the restaurant will be entirely G.M.O.-free. The company acknowledges that some of the soft drinks it sells are likely to contain sweeteners made from G.M.O. corn, and that some of its meat and dairy supplies come from animals fed G.M.O. grains.

Whether other major restaurant chains will follow Chipotle’s lead is uncertain. The increased demand for such products has made them more expensive and difficult to obtain in the amounts that big businesses need.  Snacks, which makes chips, crackers and other snacks from organic ingredients. “If you have a supply shortage in that ingredient, you can’t produce your product.”

Ridding the supply chain of genetically altered components is difficult. They lurk in baking powder, cornstarch and a variety of ingredients used as preservatives, coloring agents and added vitamins, as well as in commodities like canola and soy oils, corn meal and sugar.

Chipotle has run short of beef from time to time, and last December it announced that it could not supply all of its restaurants with the pork needed for carnitas after an audit found that one of its suppliers had failed to meet its standards for raising pigs.

That shortage continues, cutting into the company’s sales, and last week it said it probably would not be able to offer carnitas in all of its more than 1,800 restaurants until this fall.

Mr. Ells said he did not expect to run into the same problem with supplies of non-G.M.O. ingredients. “We’re working with our farmers to plan enough of these crops we need to meet our supply,” he said. “With pork, it’s harder because we only need one part of the animal, the shoulder, and the farmer needs to sell the whole animal to make it work.”

Eliminating genetically engineered ingredients is easier for Chipotle, where the entire menu uses just 68 ingredients, including salt and pepper, while one of its competitors uses 81 just to make a burrito. “The vast majority of our ingredients don’t come in a G.M.O. variety, and we use lots of whole, unprocessed foods, so it was easier for us to do,” Mr. Ells said.

More than 90 percent of corn and soy grown in the United States is genetically modified, and Chipotle used soy oil to fry its chips and tortillas. Canola oil comes from rapeseed, another large G.M.O. crop.

Getting rid of genetically engineered corn was easiest. Chipotle’s primary tortilla supplier was already producing non-G.M.O. corn flour in small amounts, and it agreed to increase its production.

But one oil can’t simply replace another. Different oils have different smoking temperatures. They impart different flavors and have varying viscosity.

Chipotle’s chefs preferred sunflower oil but finding enough was tricky. Chipotle found a farmer willing to increase his production of sunflower, but the company needed more oil than he could produce.

So instead of using one oil for the majority of its needs, Chipotle now uses sunflower to fry its chips and tortillas, while a non-G.M.O. rice bran oil will be mixed into rice and used to fry fajita vegetables.

The flour tortillas posed a bigger problem. “The shortening had an oil in it that was derived from soybeans,” said Chris Arnold, Chipotle’s spokesman. “We won’t use lard for tortillas because of our vegan and vegetarian customers, and we can’t use palm oil because of the environmental impact.”

So Chipotle’s flour tortillas are now made with a non-G.M.O. canola oil, which costs more, and the company said last week that it might have to raise prices slightly this year.